On October 11th, The Riddles of Hillgate hit #1 in Amazon's FREE ebooks department! It stayed there for over 24 hours. We're thrilled. 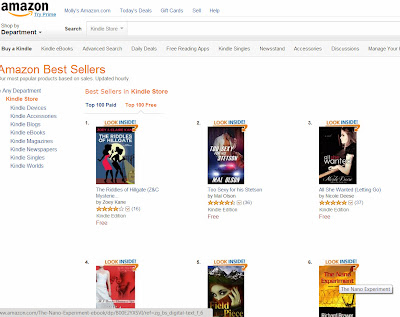 New Release! TO KISS A WEREWOLF 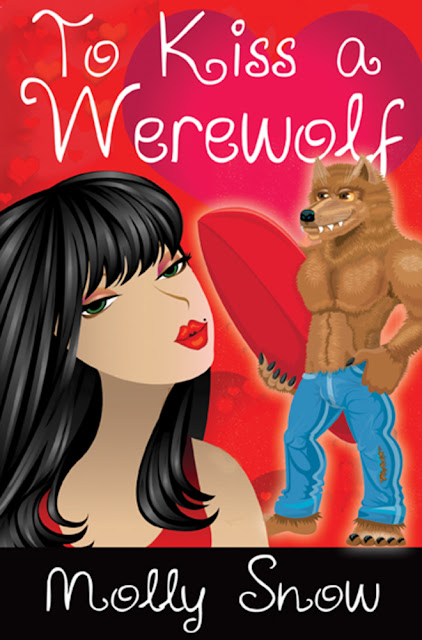 What some Goodreads users have to say:
“To Kiss A Werewolf' was a fun read, full of surprises!” —Tracy
“A fresh take on almost everything para-related.” —Kirsten
“Highly recommend for young adults and adults that enjoy an interesting, well written story.” —Jane

As president of Paranormal Addicts Anonymous, Stella’s got no time for popular guys. Especially the surfers who hang at Shoreline’s beach—they think flashing a sand-sprinkled, tanned chest is enough to get any girl. But when surfer-hunk Damien Capernalli crashes Stella’s PAA fieldtrip to a haunted bed and breakfast, it may be time to rethink her priorities.

...And what’s with that wolfish gleam in Damien's eye?

THE ZOEY AND CLAIRE MYSTERY SERIES got a face lift! Now referred to as Z&C Mysteries, we've made some fun cover changes. While we love the original covers, we are certain the new covers will appeal to even more women. A big concern was that the previous covers didn't do the stories justice, because they looked absolutely serious. Look at The Riddles of Hillgate's original image below. Where was the feminine vibe, humor, or fun? Zoey and Claire are a mother-daughter sleuthing team, but they are also funny, brave, amazing women whose personalities clash in the most perfect way! We needed to show this somehow.


We hired artist Lauren Burke of Hey Hey Designs! to make a custom silhouette of the ladies to spread across every one of our covers. To the left, you can see the results (click images to see larger). Zoey is standing behind her daughter Claire, holding up her gun, ready for anything. Claire is holding the flashlight, as usual, the beam highlighting a tombstone. We're in love with everything about it, from their posing to their high heels. (The background images were purchased separately  from istockphoto.com.)

So, our plan is to re-advertise this series, and to continue release more books. We completely believe in Z&C Mysteries. It's a fresh, unique series, where the mother and daughter can kick butt in heels if they have to. The situations can get very scary, but nothing is ever too gory. The reading is clean, while also vibrant. It's just plain fast-paced fun. Our expectations are that these diamonds in the rough will soon sparkle in all their intended glory.

Posted by Breezy Reads at 9:21 PM No comments:

A Newbie Author's Experience as a Panelist at LTUE

So what do you do when you find yourself fielding audience questions alongside world-class authors? Remind yourself that you’re already on your way to being in their shoes.

In mid-February, I got my first chance to stand shoulder-to-shoulder with some of the heavy hitters of the modern literary world. Folks like Tracy and Laura Hickman, David Farland, and Howard Tayler all attended the 31st annual Marion K Smith Symposium, affectionately known as “Life, The Universe, and Everything” (LTUE).

Held in Provo, Utah, this event brings writers of all skill levels together to mix, mingle, and discuss the finer points of writing. There’s something sublime about putting New York Times #1 best-sellers in front of aspiring authors, and watching new dreams take root and begin to grow.

My first experience with LTUE was as a clueless college freshman. I went for the games, and the chance of girls. Though I enjoyed my first brush with this excellent symposium, I really had no clue just how much I’d missed in my short-sightedness.

Fast forward to 2013, and times have changed. The hopeful newbie is replaced by the published author who is now sitting on the other side of the panelists’ table, answering questions about how one can use the past to predict a future worth writing about. To my left are James A Owen and Eric Sveden. To my right is newcomer Scott Bascombe. We progress from discussing Iran’s nuclear program and into how technology can be used to generate great story conflicts.  I'm sitting with some wicked-smart authors,and it feels great to be among them.

My panel aside, the major highlight of my attendance was getting in—almost literally at the last minute—on the mass book signing on Friday night.  David Farland was just beyond arm’s reach, and had I been just a hair faster than fellow author L.L. Muir, Mr. Farland would have been using my pen to sign all the books people brought to him.

Alas, I only have “The pen that David Farland didn’t use.”

From networking to presenting to just plain fun, this year's LTUE was the absolute best one I've ever attended (there’s something great about having Tracy Hickman ask, “So, tell me about your work?”).  It was an honor to represent Breezy Reads, and I'm excited to do it again in upcoming conferences.

I left the symposium ready to conquer the world. Or at least a small portion of it. I'm already making plans for 2014.

Stan Crowe is the author of the romantic comedy The Cinderella Project.

Posted by Breezy Reads at 10:02 PM No comments: